I had this with Brooke Portilo.
She is a familiar name to me but I do not know her whatsoever.
I enjoy looking at her images as she makes poses look natural.
I am not sure if its because of the set up she uses or the windlights but I do like how the images come out.
Time after time. So when I stumbled upon an image of hers, I clicked to see her other work.
This way I came across some poses she used and found it about Posa Di Gata.

As a blogger, you can always use poses really and even though I have a few sponsors who all make excellent poses,
I found that the poses by Posa Di Gata were “different”, mostly sensual.
Therefor I went to the store and tried the poses, got several I liked and voila, a new dimension can be reached in my own work.
With this one, I found it difficult to get the legs ok.
One thing about posemakers in general, as aware I am how there is thousands different shapes in the grid used by thousands of people,
to make them fit for everyone is impossible. I do have a sponsor who adds a NC with every pose, with the most important body sliding numbers.
Specially with couple poses, this makes it a little less of a struggle to make a pose “fit”.
Anyhow, with this pose I struggled a bit with the legs, so I just cut the image off there, however, I think it turned out not too shabby.

So my humble advice, check out Posa di Gata.
The poses are a great addition to showcase your sensual side and, not unimportant, the price tag is friendly for your wallet. 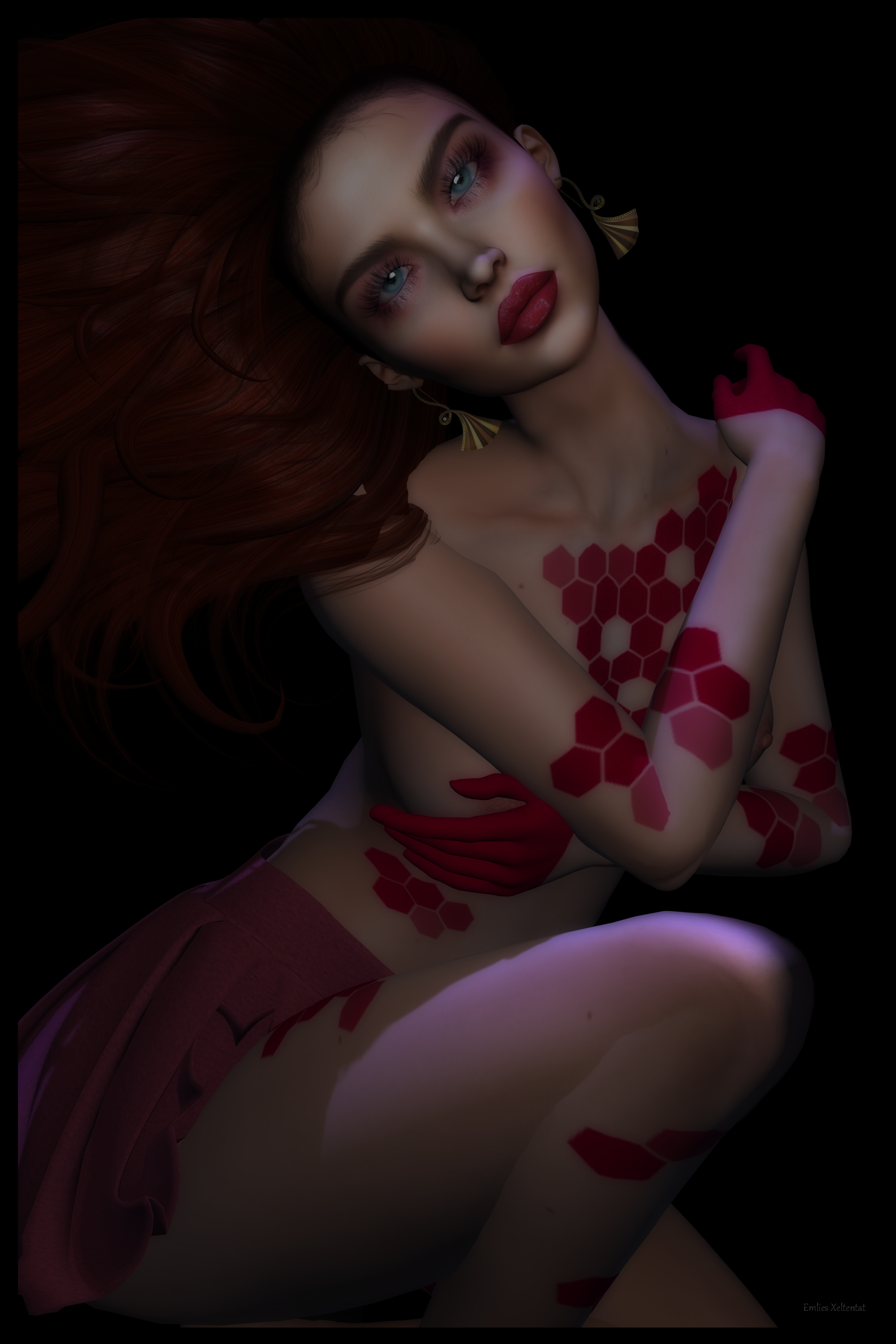 Landmark to the events:
Anybody
The Galleria